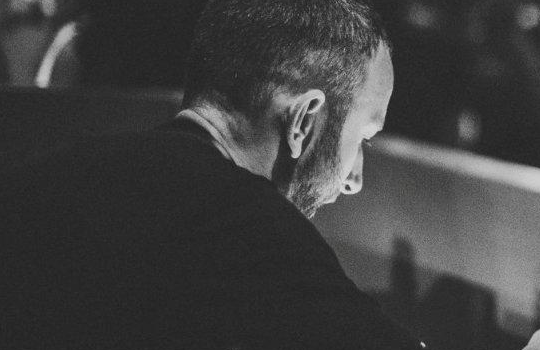 Philip Bader was born in Berlin and fell in love with electronic music in 1998. He already gave his DJ-debut in 1999 at the old Tresor.Berlin (OFFICIAL). Just spinning records was not enough so he launched „Max und Moritz“ with his friends. They organized quite a few parties in this constellation, the most famous event in Berlin is „Karneval der Verpeilten“ for sure. Altogether, their Sunday afternoon parties in the old Casino Hof called „Gelee Royal“ were the beginning of the legendary “sunday after” parties in Berlin.
In the end it was just the next logical step for Philip Bader to start producing his own music. And now he is only con- centrating on dj-ing and producing.

His production debut was a release with Perry Roden on Monika Kruse’s Label Electric Avenue, followed by successful releases on Kindisch, Saved Records, Moon Harbour , This And That Lab etc.

For instance, a remix for Raz Ohara on Get Physical Music and „Mumba Drums“ together with sascha braemer on Kinisch (sub label of Get Physical).

Philip’s productions are characterized by his deep minimalistic Berlin techno style and the really creative and smartly placed vocals – he uses his own voice quite a few times. His DJ sets are like his productions: consistently deep, playful and powerful. Philip’s latest project is the label Dantze that he’s just started with his friend NICONÉ.