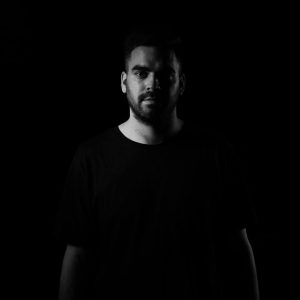 Axel Haube’s first introduction to the turning tables happened in 2008. At the age of 16, his career as a DJ took off when he got his first gigs playing at Café d’Anvers’ main room and at Noxx’s ‘underground room’ Salle Noire, where he was invited by Tofke to spin numerous sets of tech-house and techno.

After that, his bookings grew and he went on to host the balcony area in Café d’Anvers, while frequently playing in the main room for Labyrinth Productions. His keen ear and natural skills even took Axel to London where he played at Café 1001 and Ministry of Sound along with Paul Woolford & Midland. Many others followed, sharing decks with leading artists such as Joris Voorn, Kölsch, Tale of Us, Pan-Pot, Steve Lawler, Adam Beyer, Ida Engberg, Maceo Plex, Dj Koze, Mano Le Tough, ….

The next few years saw a release of several original tracks on both Sustain Release & Comport records. After putting the producing aside for a few years, Axel is currently working on various new tracks, which are scheduled to be released in 2018.

Axel Haube’s energetic house and techno sets are praised at festivals such as Tomorrowland, Extrema Outdoor, Laundry Day,… In 2017 Axel started his own concept “Kabaal” which took place at Café d’Anvers and Club Vaag where he invited Oxia, Dennis Cruz & Marco Faraone.