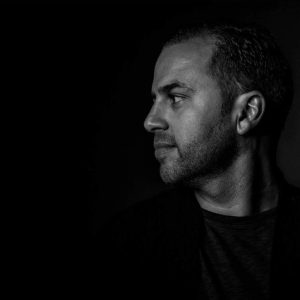 As a teenager, Roma loved going out and having fun with his friends. But still, dancing all night long wasn’t his style. Sure it was fun, but he soon realised that he wanted something more. He wanted to control the audience. Roma started his career in 2001, playing small gigs. Standing behind turntables is one thing, but having access to the right people and cool clubs is something different. Soon it would become clear that this DJ had some remarkable skills. Using his mixing talents and his excellent choice of records, his performances didn’t stay unnoticed very long. Only a year later “FEVER” had a new resident DJ. This ultimate Antwerp party experience reached over 2000 people! On New year’s eve 2006, this event would host over 7500 people with Roma as DJ resident.

In a cultural metropolis like Antwerp, fantastic performances don’t go by unnoticed…

Fashion event “CosÌ CosÌ”, Eccentric and hairstylist “De Cliént” starred Roma to offer clients an unforgettable afternoon with wicked sounds. Besides, Roma has often been asked to turn fashion stores into clubs during busy shopping weekends. His credibility allowed him to start his own concept called “CAFEÍNA”! Once a month, he transforms the Antwerp city nightlife into an attractive concept partying town.

The ‘NoSense’ music style he plays is not an ordinary dj-set, it’s a passion, a lifestyle, a deliberate choice.”