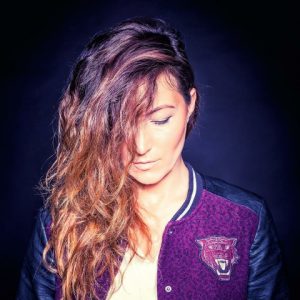 Not many people knew that Magdalena has been part of the Diynamic family since the very beginning, but initially chose to remain in the background. For long years she used to run the label’s renowned EGO club in Hamburg, getting acquainted with every aspect that was essential to a good party. With constant contact to the scene’s most prolific artists, she soon discovered her desire to get behind the decks, using the early-morning after parties at her club prove her talent. After starting her own regular night there, word got out and her calendar began filling up with bookings at Europe’s most renowned underground clubs, as well as worldwide Diynamic Showcases and Festivals.

As she is someone who always puts in 100%, it was obvious that she could only pursue one of her passions – EGO was closed at the height of its success. What remains is the annual EGO AIR, an outdoor event series in summer that she hosts in her hometown Hamburg.

Magdalena’s past as a booker and club manager might have given her those crucial skills that every DJ needs: knowing what the people want, reading them and reacting to their needs, while simultaneously directing those needs in a path that you have laid out for the night. Or maybe she’s just a natural.

Her musical taste, along with the distinct mixture of sociability and serenity in her character are amongst the reasons why she is so popular on Ibiza – 2016 saw her first very own residency on the White Isle along with a regular radio show on Ibiza Sonica Radio called “Magdalena’s Pony Farm” – a reference to her “ponies”, the group of party girls that accompany her at every party and after party she visits.

Starting with “Should I Stay” on the 10 Years Diynamic Compilation in September, Magdalena’s first productions are being released. Exciting times lie ahead, with a lot more coming soon.