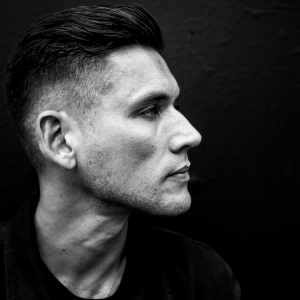 Copenhagen based Denis Horvat has quickly become a hot topic in the underground music industry, with his melodic signature sound. A self educated producer with a quite simple musical background as a drummer, he managed to put himself on the map, with releases on Innervisions, Afterlife and Diynamic.
Born to Croatian parents in Frederiksvaerk, a small village 60km north west of Copenhagen, Denis grew up on a musical education of his Dad’s 80s records, with favourites including Depeche Mode, Billy Idol, Blondie and Kiss. Shortly after, at 10-years-old, his cousin introduced him to The Prodigy, starting a long- term love affair with electronic music that hasn’t subsided since.
Denis’ studio set up is stacked with analogue gear, resulting in what he describes as the “synthesizer techno” he makes. And the Dane is also a talented remixer to boot, with his rework of WhoMadeWho ‘Dynasty’ being almost omnipresent on dancefloors.
But despite the fact he focused on production in the early years of his career, Denis has fast established himself as a dj. Focusing on detailed tracks, with selections that weave a tapestry from start to finish, his sets have resulted in Horvat now regularly sharing the bill with some of the world’s most revered selectors, including the likes of Âme, Dixon and Maceo Plex.