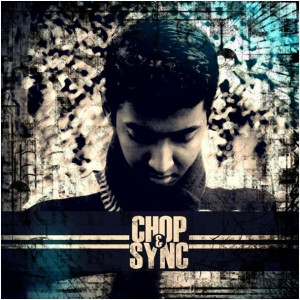 Pushing the boundaries of Contemporary Dance Music with his personal vision of floor appeal and experimentation. Hailing from the southern part of India (Chennai) “where dance music has still not got its recognition” but currently residing in Antwerp -Belgium.Hary has been involved with electronic music and has been a DJ/Producer for the last 9 years.Ex Resident DJ at Dublin (the second largest club in India), and having landed releases on labels like Dayuime (Paris), City life (Doppleganger) , Plusquam ,MP digital records , Drag , UTC Music as Dj Hary (His first pseudonym). Chop & Sync (Hary) has been pushing his unique style of dark eclectic deep house and Techno with major support from top industry front runners from his early stage .Chop & Sync (Hary) has forged his reputation as one of the most diligent and versatile upcoming artists and the youngest DJ in India to have a release out on an International label. His tireless devotion to his craft and never ending desire to learn from the evolution of music and technology is there for all to hear in each and every set with his sound possessing a maturity that defines his talent and his love for evolution while not forgetting the roots. Chop & Sync’s vision of spreading his Deep Funk/Soul filled house with a fusion of classical sounds which emerged in the 60’s and 70’s transiting into the Dark Deep techno vibe across barriers is being accomplished at a rapid pace. As Dj Hary, he had early support from Dj’s like Manik, Dibby Dougherty, Chloe harris, Nihil young AKA Less hate playing his first released track Deepest dream which was released in 2009 and also charted and played by none other than Seth troxler in Sep top 10 2009 in Resonant vibes.com and also featured in the Australian legend Sam Gracie’s Sep mix and sorted deep house 09. Apart from this his last remix for Yakumo (The French deep house extraordinaire) was charted in top 50 in deep house and his last Ep which was released in Dayuime as well was in No.36 in Juno Deep house charts and had rave reviews from Kev‘O’brien (NY), Jim Rivers, Manik, Andre ( Night drive music, Germany). Gaining momentum with his releases and still experimenting with his new alias. Chop & Sync has been at the controls at India’s premier Night clubs in the past years as well. From Pasha in Chennai to Fuga in Bangalore and Stone water Grill in Pune, and sharing the decks with some of the biggest names in the business and playing in some of the biggest Asian and Middle east hot spots. Chop & Sync (Hary) is quickly becoming one the most prolific and sought after new acts on the circuit and understanding the importance of an warm up act and what difference it could have on a crowd, Chop & Sync is here to learn, play and experiment. With new soulful projects mainly experimenting with Deep Funk/Soul with a fusion of dark classical sounds under his new alias Chop & Sync. 2014 was indeed a milestone to this young lad as he established his raving fashion brand “G-RAVE” and is definitely a promising year as a Dj/Producer as he’s got himself a respected summer residency in the WHITE ISLE ÏBIZA” in the workers paradise San Antonio. His future endveours include making “G-RAVE a strong raving community and hosting nights in EUROPE with a pure intention creating a strong fashionable raving community with love for authentic underground music. Nevertheless, he has got EP’s lined up in respected labels like Tenampa(Mexico), Undulate(NY) and Zikomatik(Paris) and residency in Germany’s much respected radio station: Sceen.fm and also Canada’s radio show in deradio.ca