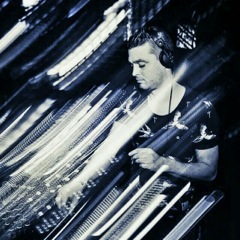 Music has always been a very important part of his life. At the age of 15 he discovered a new type of music. It all began in a basement in a small town outside the city. He watched and listened Dave Clarke, Umek, Surgeon, T-Quest and others play over there and he fell in love with Techno music. With great admiration he listened to sets of Jeff Mills, Derrick May, Kevin Saunderson, Carl Craig and other legends.

When he purchased a mixer and turntables, he started spinning vinyl records of DJ’s like Dejan Milicevic, Joey Beltram, Ben Sims, Marko Nastic, Whebba, Valentino Kanzyani and more of those Techno artists.

After a while of playing together with DJ Neszouza as Moonwalkrz at a few parties (Montes, Clash of Styles, Kiss, I Love Tech-House, …), the time had come to go further on his own.

Notoir went to Ibiza, Amsterdam, Ljubljana, Barcelona, Novalja, Balaton, Dortmund and so on to visit the finest clubs and events and to discover the newest and from the highest quality electronic dance music…

After winning the Kamp Noord DJ contest in 2014 he has played at several nice venues and he realized one of his dreams by playing at one of Belgium’s finest underground clubs: Cafe d’Anvers.

Because his love for electronic music kept on growing he started producing his own music. And as a co-founder of Klank Music he hosts his own events.

He evolved from spinning with vinyl to Pioneer cdj’s to Traktor, and from pure Techno to Tech House. At the meantime he developed his own style as a DJ.

Deep and Tech House with a touch of Techno.