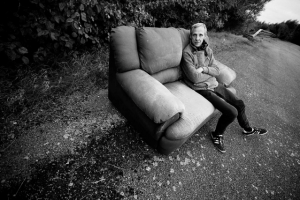 Being a Fuse resident for over 20 years, he has played alongside the best dj’s in the world and is still maddening the crowd each weekend. In 2005, continuously searching to improve and take new challenges, Pierre created with Jessica Bossuyt their own brand [LesIzmo:r] to represent quality techno parties across Europe and also a booking and promotion agency. The [LesIzmo:r] record label and net label was launched soon after this.

There are not many artists these days who manage to forge their reputation solely as a DJ, but Pierre comes proudly from an era when the craft of stitching records together into a meaningful experience had just as much importance placed on it as being the producer behind the tunes. From his position of influence as one of the long-standing residents of the world famous Fuse club, he has been responsible for countless moments of shock and awe amongst the club-going crowds of Brussels and beyond.
His roots are in the foundations of funk, soul and disco, although like any seasoned digger his tastes reach into the pulse of new wave and obscure 80s electronics. From catching the house and techno bug in 1991 at Fifty Five in Kuurne, he made a natural progression to spinning US deep house at a Sunday residency at Café d’Anvers, at a time when it was rarely heard in Belgium.
This determination to play the music he wanted to hear, whether fashionable or not, has guided his style ever since, and when Fuse opened in 1994 his remit to explore Detroit house and techno as one of the residents gave him the perfect platform to shape the identity of the iconic club.
Through the years of the mammoth I Love Techno events, sharing a radio show with Dave Clarke and delivering numerous mix albums, Pierre also found time to channel his groove instinct into studio sessions. Of these excursions, one of the most timeless is his “Reconstruction Mix” of Spokesman’s “Acid Creak”, originally released in 1994 and still slammed out at techno temples across the world to this day.
However the increasingly knuckleheaded thump of schranz and other such monochromatic techno styles meant that Pierre’s focus started to evolve towards a more experimental style, and with JessicaBossuyt he started the Lessizmore events, label and booking agency as an outlet for the most creative aspects of European house and techno.
The boom in more adventurous minimal records in the early ‘00s was a perfect match for Pierre’s wild tastes, and as the credible corners of the scene kept moving on to pastures new so Lessizmore has evolved naturally to present some of the most exciting music revolving around, but not limited by, the 4/4 groove.
With his years served in the nightlife of Brussels Pierre has turned his hand to parties in unofficial locations, held down residencies at Le Triptyque in Paris and Arma 17 in Moscow and also been invited to launch the Fuse label. It’s this mixture of professional instinct and a constant hunger for new, challenging ways to experience music that have made Pierre such a lasting influence on generations of party people, with the art of his DJing and the direction of his events at the heart of what he does. In his own words, “whether it be for the Fuse’s bookings or those for my label Lessizmore, it’s more of a feeling and family business than anything else.”