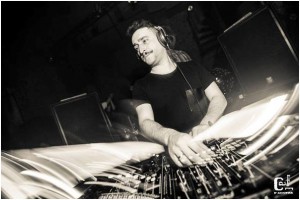 Ugur Yurt has settled in his Antwerp studio as one of Belgium’s most popular underground DJ/producer.

In only a few years time, he has become resident of Belgium’s most known clubs such as Labyrinth, La Rocca and Café d’Anvers where he has shared the line-up with people such as: Dubfire , Marco Carola, Luciano , Adam Beyer, Magda , Carl Craig, Jamie Jones, Matthias Tanzmann, Tale Of Us, Nic Fanciulli, Kerry Chandler, Solomun, Hernan Cattaneo, Sasha and many more…

Each year when the days are getting longer, Ugur enjoys playing Belgium’s biggest festivals. He has played more than once at Belgium’s worldwide known Tomorrowland festival and has been playing at Extrema Outdoor Belgium since 2011.

His fresh 2013 Ibiza residency at the Flying Circus parties in Sankeys shows the world what an influential man Ugur Yurt has become in the underground scene.

He spends all of his free time in the studio, crafting and creating his signature tracks .His sound is unique, as well as the DJ sets that he brings. He is already getting support from big names in the scene but you hold tight because Ugur Yurt’s success story has only just began.