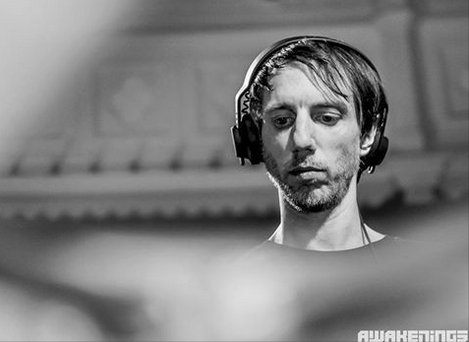 This Dutch DJ & producer doesn’t only runs the labels Rejected and Green together with Joris Voorn, he also has played at a lot of big venues such as fabriclondon, Berghain/PanoramaBar, La Familia, Awakenings, Fuse and others…

From Holland’s thriving electronic music scene, yet another promising artist steps into the limelight. After being involved in a number of groundbreaking projects, dj/producer Edwin Oosterwal is taking things to the next level. With a critically acclaimed solo-début on his own Rejected imprint and gigs in some of Europe’s leading clubs, an international breakthrough is inevitable.

Edwin started dj-ing in the East of Holland, where he was studying to be an engineer and first met his friend and future musical patner in crime Joris Voorn. Mixing all types of music for tough crowds, Edwin soon mastered the craft of dance floor wizardry. Deejaying remained a passion in those days, only to become the main focus in later years. Edwin’s engineering endeavours brought him to all corners of the world, picking up different musical influences along the way. His years in Sydney broadened and deepened his take on electronic music. Living in NYC helped further develop Edwin’s historical perception.

Edwin returned to Dutch shores in 2005 a seasoned musical connoisseur. He soon hooked back up with Joris, who at the time was making a serious career out of spinning and producing. The two of them started Rejected – production outfit, dj-team and label. From the first release it was clear that Rejected had international appeal. For The People, Cliché and Let’s Go Juno ended up in all the right record bags. Moreover, as a label manager for Rejected and the more techno-oriented Green, Edwin also helped sign such pivotal releases as Pitto’s Feelin’ and 360’s Neon.

After more than fifteen years of paying his dues and biding his time, Edwin finds an old dream fulfilled. Not only is he heading two of Holland’s leading electronic music labels. He is also touring the world with his own contemporary take on the sound he has been representing since the early nineties – as Rejected and by himself. Awakenings, Fabric and Panoramabar are only the beginning. The rest is set to follow suit.